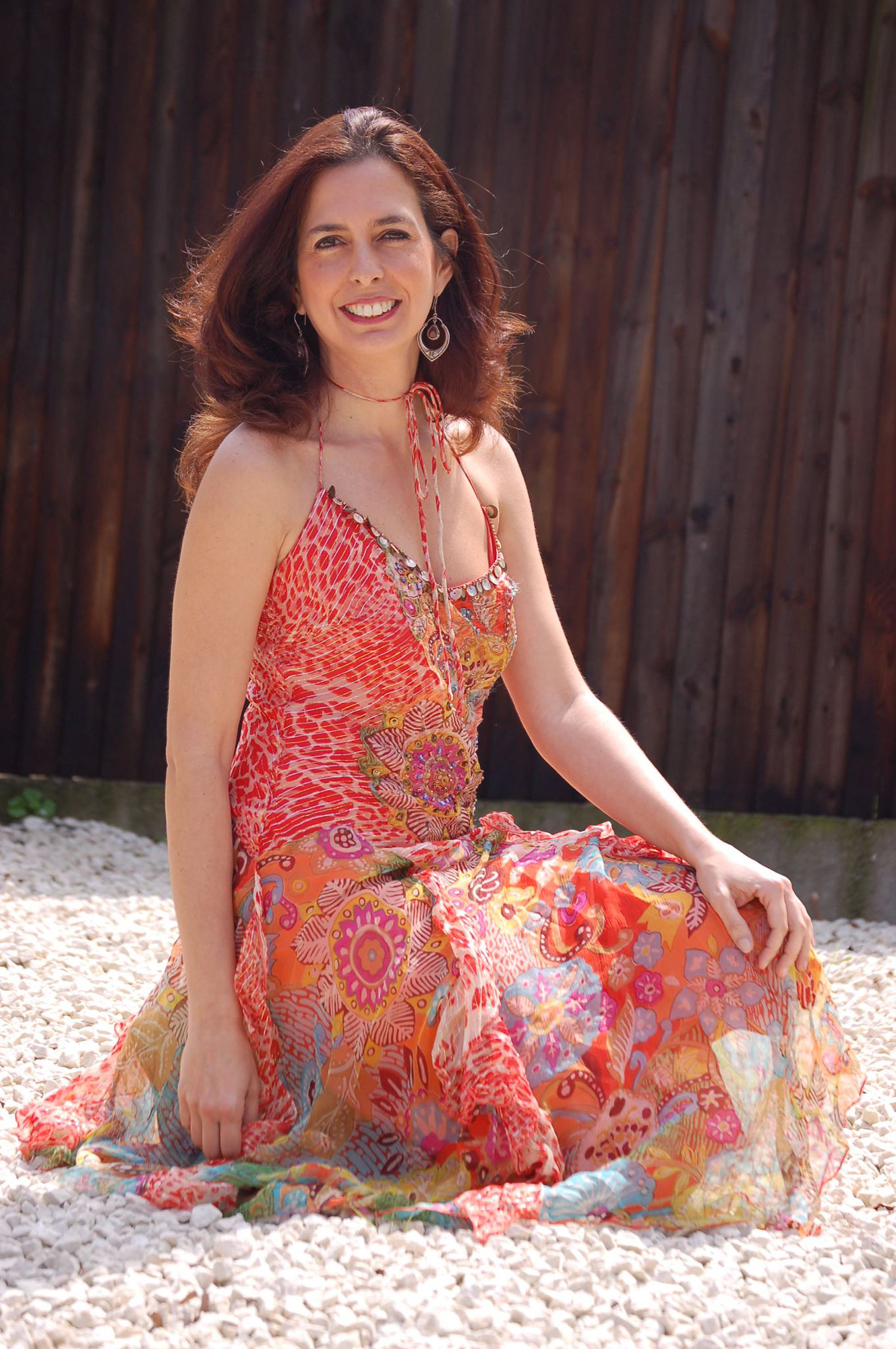 Clara's knowledge of Latin American repertoire has caught the interest of the Associated Board of the Royal Schools of Music.  In turn they have included in their syllabus works by Federico Ruiz, Antonio Estévez and Miguel Astor, all suggested by Clara.

Her edition of “Pieces for children under 100 years of age” by Ruiz was launched by Spartan Press Publishers in 2012 and is being enjoyed by students worldwide.

In addition, she has prepared the edition of Tríptico Tropical by Federico Ruiz which can be purchased by contacting Clara Rodriguez. Other publications will be made available to the public in due course. 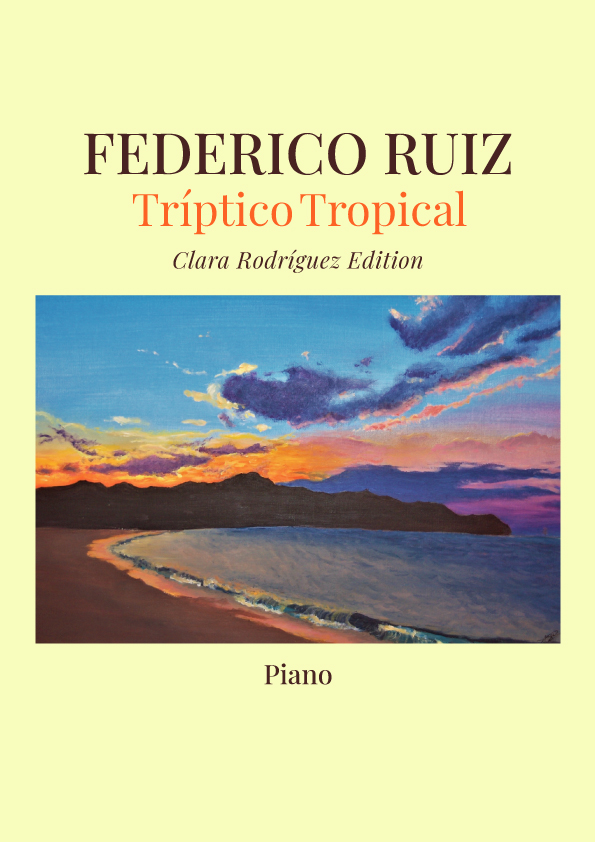 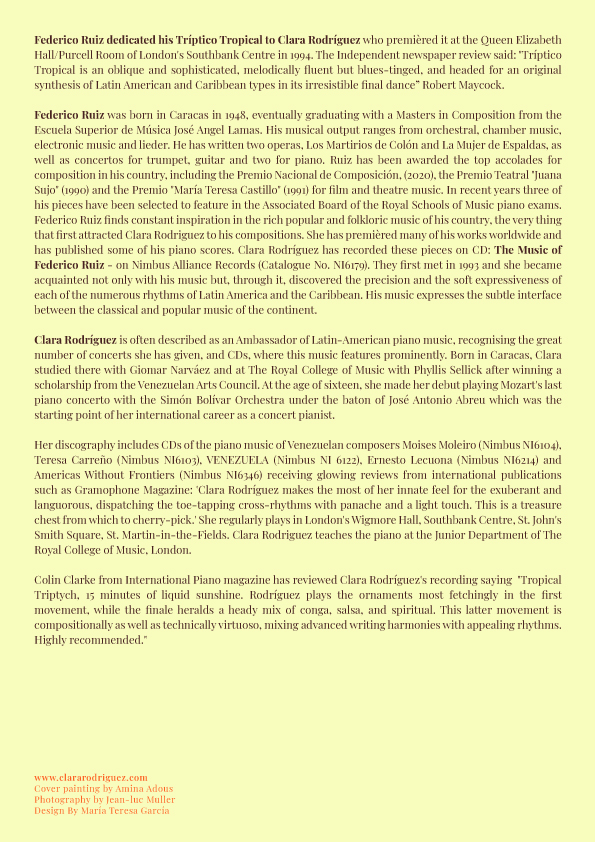 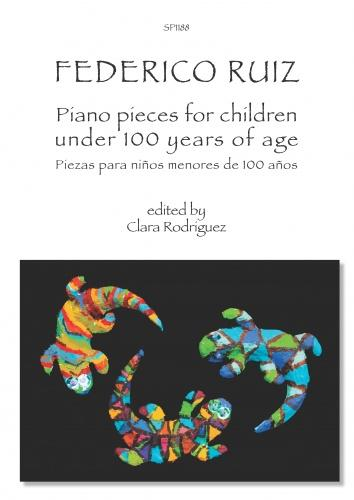 Piano Pieces for Children under 100 years of age by Federico Ruiz. Edited by Clara Rodriguez.

"Rodriguez gracefully managed the panoply of pianistic textures, polytonality harmonic surprises, deep bass melodies and sometimes soupy nightclub chromaticism, imbuing each simple form with its unique élan. Throughout, Rodriguez, bedecked in her golden Venezuelan dress, elicited from her instrument Chopinesque lyricism and caressing tone. Amidst such a feast of delicacies, two stood out for their sparkling virtuosity and sheer sense of fun...".

“Clara Rodriguez again filled the Wigmore Hall on 27 June and the quality of the performance made this seem unsurprising. While producing the most beautiful and rich piano tones, her Albéniz pieces were romantically played, stressing the harmonic adventures (Almería), elusive reverie (Evocación) and making us aware of the echoes of ancient Andalusian cante hondo (EL Albaicín). The Venezuelan songs and dances were piquant, lively and engagingly played…a commanding performance of the Chopin Ballade No 4 Op. 52 as well as the Allegro maestoso of the Sonata Op. 58 No 3 with a fuller response to the very different characters of the Molto vivace and the Largo. The lyrical beauty of this latter was finely nuanced and in the closing Presto the rhythm surged most excitingly”.